Indonesia’s timber to get an edge in Europe

BUANATRIARTA.COM, As Indonesia has become the first country to receive an exemption from screening to ensure its timber is sourced in accordance with European Union regulations, its wood exports are set to get a major boost on the continent. Local suppliers made the first shipment last week of wood products with EU-approved Foreign Law Enforcement Governance and Trade (FLEGT) licenses, which certify the timber as being legally sourced.

EU Ambassador to Indonesia Vincent Guerend said Thursday that the licenses helped provide clarity over how the timber was logged, clearing away the major obstacle to enter Indonesia’s key market. Indonesia, which has the world’s third-largest tropical rain forest area, was once notorious for massive illegal logging and its wood products were heavily stigmatized. 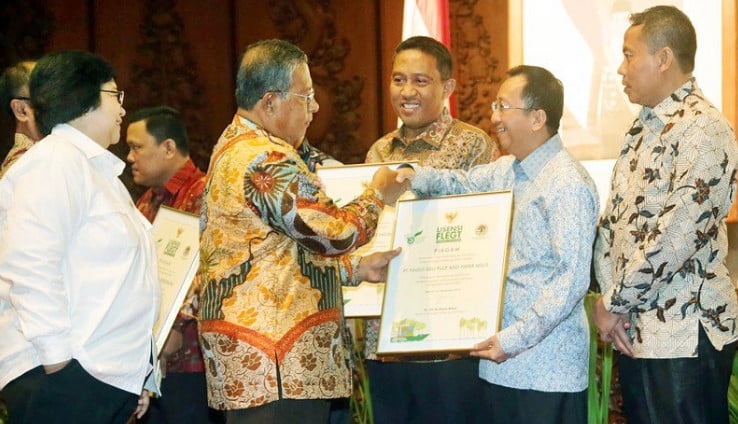 “I think Indonesian timber products now will have a competitive advantage in the EU. Indonesia supplies 10 percent of the world’s timber market and EU imports a third of that,” Guerent said, adding that the deal was beneficial for both parties.

With the new certification, Indonesian wood products sales may increase in primary European destinations such as Germany, France and the United Kingdom. Exporters can enjoy reduced time normally spent for due diligence, which means lower business costs and faster delivery of products to customers.

From November 15 to 23 as many as 845 FLEGT licenses for timber products have been issued to selected exporters. Overseas shipments of these products to 24 European countries has amounted to US$24.96 million, according to official data. Valued at $11.92 million, wooden panels make up the majority of the exports, followed by furniture with US$7.25 million, according to Coordinating Economic Minister Darmin Nasution.

Speaking at the Environment and Forestry Ministry on that day, Darmin said that Indonesian timber products would now have better access to the competitive European market, suggesting that business players should seize the opportunity.

“Indonesia’s achievement in developing a specific certification system for timber legality must act as the guide toward improving our competitiveness in the global market and also to prove Indonesia’s commitment in guaranteeing the sustainability of our natural resources,” Darmin said, referring to the national timber legality assurance system known as SVLK, which preceded the FLEGT certification.

The value of Indonesian timber exports has risen to US$10.6 billion in 2015 after the SVLK standards were implemented in 2013. At present, the forestry sector contributes 1 percent to the nation’s gross domestic product (GDP).

Now that trade barriers for Indonesian timber exports have been lifted in Europe, new challenges arise for Indonesia’s exporters to cater to European tastes and standards.

“Innovation in the field of design, such as figuring out how to build more sustainably made furniture, will now become more important. That has to be done alongside supervising the illegal export activities that have tainted the industry for so long,” said Indonesian Institute of Sciences (LIPI) economist Latif Adam.

Earlier, Indonesian Sawmill and Woodworking Association (ISWA) chairwoman Soewarni explained that with the FLEGT license, Indonesian timber exporters would be more confident in selling their products overseas. Vietnam and Ghana may follow Indonesia’s lead and seek to obtain FLEGT certification in the near future.

There are no comments yet

Send this to friend